I'm pretty sure you are sitting there with many other windows or tabs open each with things that you want to spend your dollar on. If I know the kind of person that reads this blog (and I think I do despite the numbers probably approaching the millions) each item will be around the £62,895.00 mark. Well fortunately for you I recently got a drive, it might only have been a short blast but it was very much appreciated, in a new Range Rover TDV8 Vogue. Now many of you will be thinking "I've already got one of those, I don't want to waste my valuable time reading what some weedy cretin wrote on the internet telling me what I already know just in a less interesting way than Jeremy Clarkson could" but there may be a handful of you out there who haven't got a Range Rover TDV8 Vogue and are already reading this and cant be bothered to search for a Clarkson review of the new Range Rover TDV8 Vogue so I will tell you what its like.

Its a Range Rover so its bound to be good. Its the best luxury car and the second best off road car (do you really need to ask what I think the best one is?) all rolled into one. You could buy any Range Rover of any age and you would have one of the greatest cars ever. The new TDV8 is probably the best of the latest choice of new ones. The supercharged V8 is, although epic, a bit too flashy. The TDV8 does about 20mpg can go pretty much anywhere and all in the lap of luxury.

All this leads me to a question I was asked the other day.
"If you could only have one car and you had too keep that car for the rest of your life what would it be?"
The answer is a Land Rover Range Rover TDV8 Vogue SE. It may not be my most favourite car in the world and if I actually had £62,985.00 to spend on car(s) I would buy a Land Rover Defender and some thing else. But one car to keep forever it has to be a Range Rover. And if you keep it forever you don't have to worry about the worst thing about them, the depreciation.
Posted by William Beaumont at 4:12 PM No comments:

Take My Breath Away

This week has a bit of an 80s theme for me (check the old facebook for Fame related antics) so I thought I would give you a kind of 80s post with a couple of cars I have seen recently. 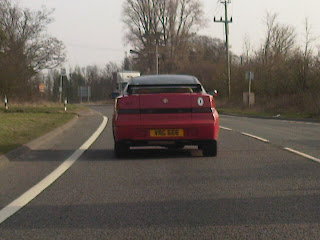 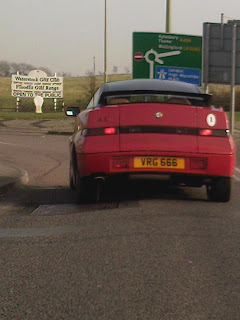 An Alfa Romeo SZ, I actually saw this with my own eyes! I don't know what's going on with the second picture but Priya took it as I chased after it coming out of a motorway serive station off the M40 so it wasn't the most professional. I still can't beleive it, whats even more suprising is that it didn't break-down and nothing fell off in the 2 minutes of me following it. 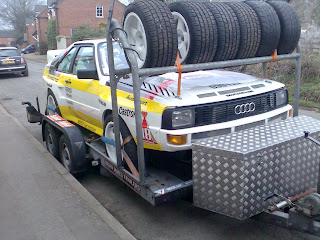 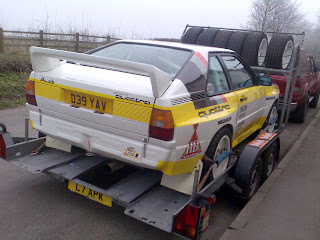 Then yesterday I saw this little bugger, even more rare than an SZ, an Audi Sport Quattro (swb). I think its a genuine one not just a normal Quattro with a bit of the middle cut out. So two 80s "legends" in one post, especially for you.
Posted by William Beaumont at 11:22 AM No comments:

I don't know if its just me being sad but has anyone else noticed the volume of car manufacturers advertising their cars with the concept: Serious fun?

I think this all started with the Renault Laguna, "serious playtime" I believe the slogan was, the advert its self didn't show much playtime but you heard the dulcet tones of a rat packer singing "Fly Me To The Moon".

Then I believe Peugeot was next to have a stab. Their advert showed every other car on the road as a toy and the Peugeot 407 (I think) to be quite normal. I can let Peugeot get away with stealing this idea because if they were trying to advertise the 407, and persisted in actually showing the car in the commercial they would have to have put it next to something slightly ridiculous to try to make it look remotely like a sensible choice. Who would by an ugly, slow, badly made heap of merde unless the only other choice is a wooden car with panel gaps that are of similar size the ones Janet Street-Porter has in her mouth. Strangely enough people still buy Morgans.

Some time around then Ford went ahead with their version, this ad featured huge sofas and stacks of books as buildings. I believe that Renault decided that it was clearly a good sales technique so went for it again with the Modus (the "shopping chute" alone not selling it? i wonder why) they played musical parking spaces this time.

So the last incarnation of this concept is again by Renault who have applied it to the new, distinctly dull Twingo. The new Twingo dances around some test track with playful objects jumping out at it from every angle until finally a boxing glove springs out and punches the Twingo which goes skidding off like a toy car.

Amazingly these adverts are very hard to find, only a few appear on YouTube and Google turns only useless results when I tried to research this topic. Thats why I have been so vague with the slogans, makes and models its all been based on my memories.

What I am starting to worry about though (I say worry...) is that car commercials are one of the largest areas of advertising and they generally start the trends. Ever since the Honda advert where the car parts made a sequence every one from Ribena to Coco Pops can't simply have there product move unless it is propelled to its final destination by 1,780 house hold appliances. What will the concept "serious fun" be applied to: Kitty Litter?
Posted by William Beaumont at 5:04 PM No comments:

Saw this ages ago. A Lancia Beta Coupe, I must admit its no Stratos, Monte Carlo or Fulvia but it isn't everyday you see a Lancia.

Is it even cooler knowing the fact that, if you wanted, you could drive it across some African countries?

Also Valentine's Day is coming up and I hate valentines day but I could be persuaded if someone, one of my many admirers, bought me something I actually wanted. So if you were thinking about getting me a little something how about some nice big spot-lights or two of these lovely bucket seats!

Thanks.
Posted by William Beaumont at 12:27 PM No comments:

Well Fiat of Coventry have let me down just as Fiat of Nuneaton did, they simply haven't called me back. How is it that Mini believe I want to buy a £22,000 car but Fiat think it is a preposterous that I would buy an £8,200 car. All this means is that you won't be getting another boring review of a car that everyone has already reviewed for a while.

Also I was fishing through my stuff and found some pictures of my old car. 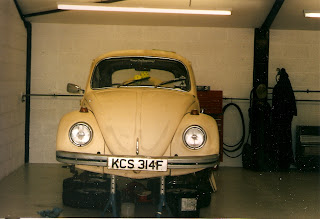 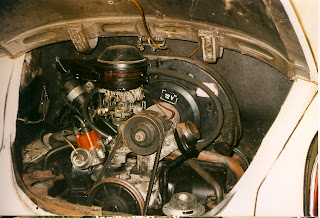 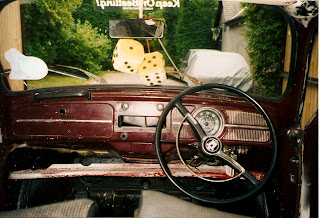 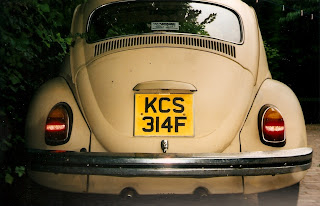 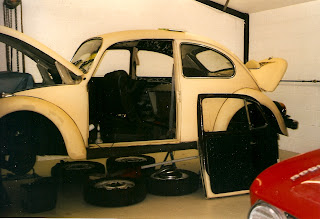 I am actually glad I don't own it anymore but I dread to think what it looks like now, i hope the people i sold it to haven't painted it pink or turned it into a hideous "Hippy Bug"... eww.

As for the karting, we went back to Sutton Circuit and finally I am starting to become competitive. I set the quickest lap time of the day and came third in my class, for my achievements I won a little medal and a box of chocolate covered brazil nuts. As if I needed anymore of an incentive to try to win, I ate the whole box in the car on the way home. Not only do I love chocolate coated brazil nuts but I did have to stop half way (in a 10 min journey) because of the injuries i incurred, while actually karting, were so painful I could no longer sit down. I thought this was a perfect opportunity to stuff my face. I did think that I would start to get used to it and not get bruises on every lump on sticky-out bone.
Posted by William Beaumont at 3:35 PM No comments: