My Stab at Vimeo Crown

Here it is, this should increase my status of Blog legend to internet legend. The peeps over at Vimeo will love it, it's got shit loads of blur and stuff.

Check out the chase car action. I am not quite sure if the industry standard is to use a Mini with the boot open and a tripod lashed to the boot floor to get moving shots but it is bloody well good enough for me. 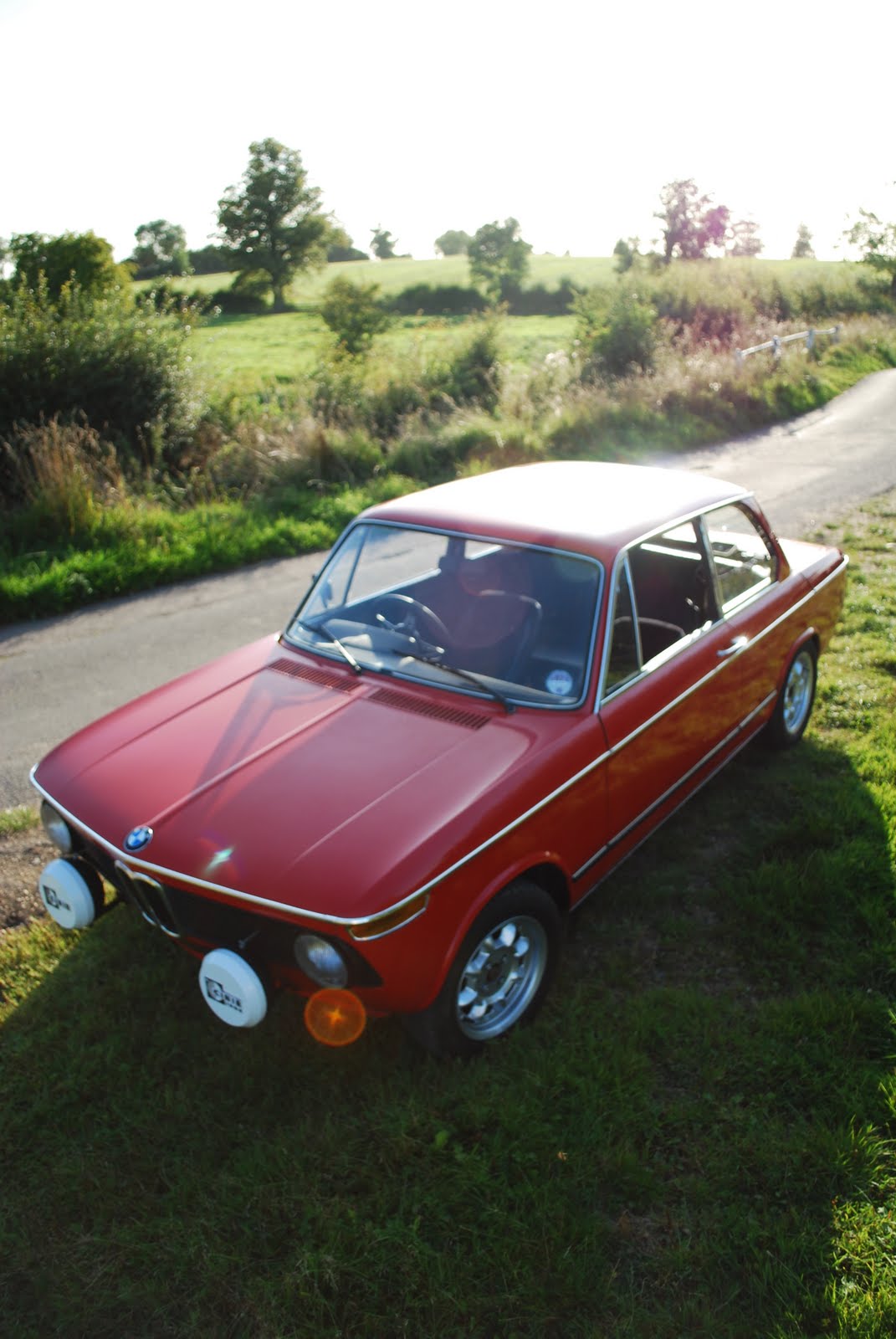 Posted by William Beaumont at 8:33 AM 2 comments:

Little video I made last weekend at a Masters Race Series meeting at Donington. Sorry the editing is a bit shite but I was forced to use iMovie 08 and you would need to enjoy pain more than Max Mosley* to be able to even tolerate iMovie 08 for too long.

*I know it's old taking the piss out of Max Mosely but I didn't jump on the band wagon before and now everyone who has any sort of motoring related blog, column, TV show or even phone conversation has done it except me. Until now that is, it makes me feel part of the gang.
Posted by William Beaumont at 2:23 PM 3 comments:

On my recent trip to Francais, and a little bit of Italy (a holiday isn't a holiday unless I go to Turin, I'll let you draw you own conclusions why), I had intended to create a masterpiece. What I was going to do was take loads of photos of the front of my car from the same angle in lots of different locations then make some sort of video slide show like those people do when they take a picture of themselves once a day for a year then miraculously get catapulted to the most played on YouTube. I wanted to be a YouTube star. It failed because I wasn't nearly dedicated enough and only took a handful of photos.

As is expected of me; I toured around some of the Automotive hot spots of France. I went to the old pit-stop at Reims, drove on some very winding roads through the Alps, Turin (not in France I know), Monaco (still not in France) and Le Mans. That meant I got to drive on 3 tracks (the road sections of the Circut de la Sarthe, the street circuit of Monaco and the straight of the no longer used road circuit west of Reims). Unfortunately I only went to one museum (Le Mans) this year and it really wasn't that great. 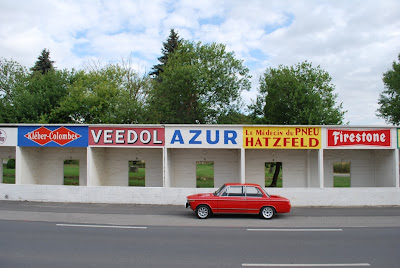 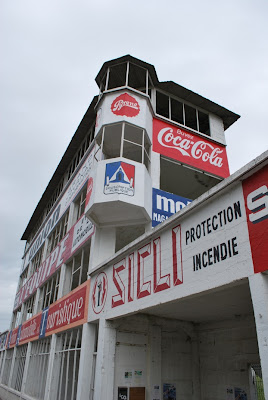 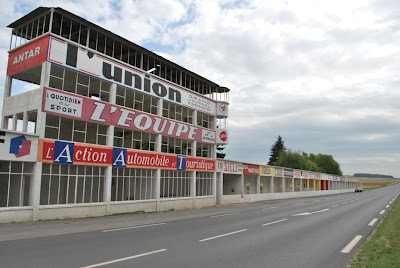 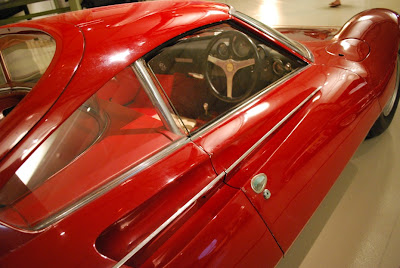 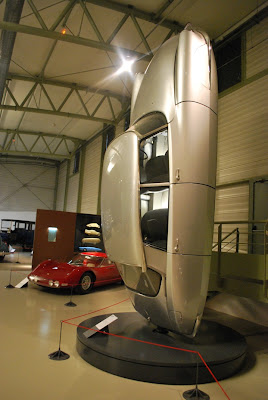 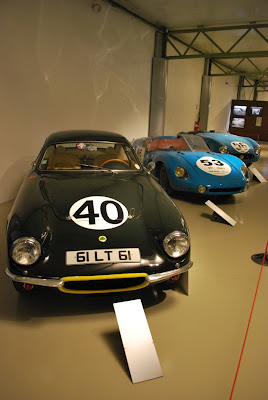 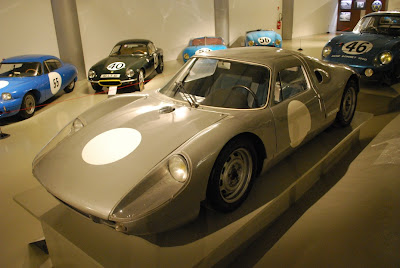 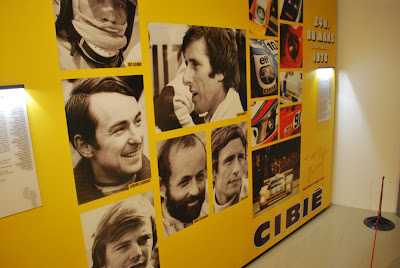 One of the problems with the museum (other than not having enough cars, let alone cars that had actually competed in the 24 hour race) was that up until the past couple of years the French haven't really, other than hosting the 24 heures du Mans, had much involment in the race. The French are very patriotic so when their drivers and cars don't win it seems like they don't care too much... well thats the impression I got from the museum. The French however have a company called Cibié who, from what I could gather from the over exuberant displays promoting the brand, have made the lights for every car ever to compete at Le Mans ever. I should have milked this for all it was worth seen as I have over 14 inches of Cibié up front on my own car, you never know I may not have had to have paid the extortionate fees* to get me in. 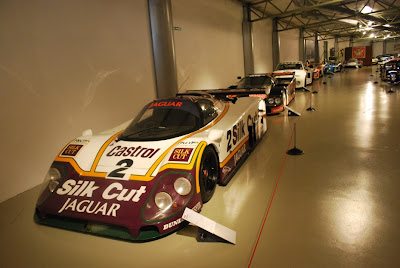 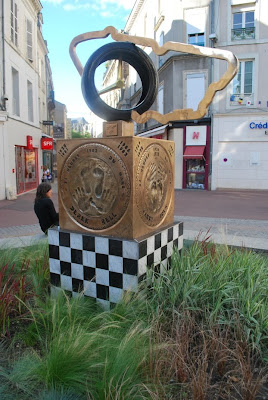 *It isn't actually that expensive but I had to pay for two tickets as I dragged along someone who didn't really want to go. This meant that I payed double and it really wasn't worth €16.
Posted by William Beaumont at 2:52 PM 1 comment:

I always start a new post with an apology and it is always for the same thing. I have neglected all my loyal readers and left you floundering in a pool of motoring uncertainty. Well lets hope this dose of, just as ever, concise, reasonable and down right fair prose will sort you out.

Just a little recap of things that have happened while I have been away. I got published. Well, when I say published what I actually mean is I sent a letter into Octane Magazine and it was printed. It wasn't some silly suck-up, a plea for advice or asking for oodles of free history about a car I just bought that would elsewhere cost an arm and a leg to get. No, I continued with my usual style and moaned. The level of my disdain was clearly recognised by the editor but they were unsure whether it was appropriate due to some of the content. I did channel all of my hatred on one particular person, TV chef and motoring wanker enthusiast James Martin. Here is a scan of the magazine with my letter in it. 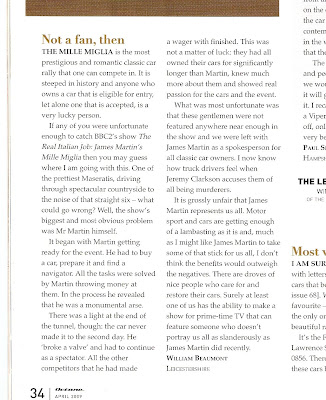 It was not letter of the month and I did not win one of the nice Italian leather bags, this has upset me. Unsurprisingly the winning letter started something like this "I think your magazine is fantastic and I wanted to complement you on your massive..."

My BMW had a little mishap before christmas but its all back now and better than ever. 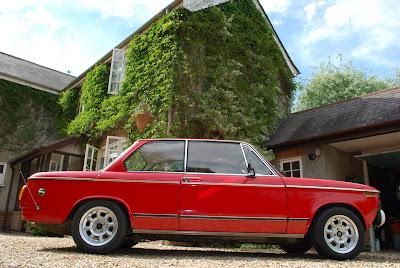 It is also starting to pay me back, half a penny at a time. I found this in the footwell at the weekend, its from 1971. 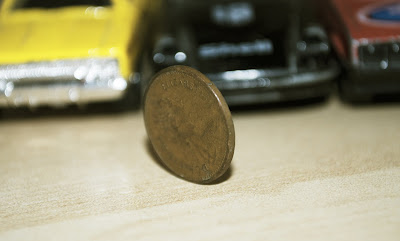 If you didn't know the government and the world seem to think we are in two major crises. An economical and environmental one. They might be right but they are after all the government so even if they are correct we should, because it is our duty to, ignore them. The motoring world has been hit hard by both so called crises: jobs are being cut, manufactures are going bust and the best our government can do is introduce a scrapping scheme. They had something similar in Germany and they had more than a few people from the father land who weren't quite fans. Cars over 10 years old can be traded in to get some deutschmarks off a new one. The old car has to, without question, be scrapped. They are aloud to be stripped for components parts however, but what is the point; who needs parts for cars that have all been scrapped. So there are warehouses in Germany full of redundant spare parts and the price of scrap metal has plummeted. Our wonderful government thought this was a brilliant idea. Who wouldn't? The most environmentally sound way of getting us out of these two hyped up crises is to just chuck out our old tat and get making some new cars. The new ones will be marginally more economical if a little harsh to the environment to make. How much do you think it cost Audi and the environment when they made an A4 in 1999? For it only to be used for 10 years (and easily doing 50mpg for all of those years) seems ludicrous doesn't it. Right, I could go on all day about how appalling this scheme is but, again, what is the point? This is what our non-elected leader thinks is best for us so we should just let him do what he likes. If he wants to invade Poland next let him do what he likes.

What might have been better and a little more environmentally sound (and you should do this if your car is over 10 years old, rather than trading it in so you can get 2 grand off that sack of shite Citroen C3 you always promised yourself, yeah right) is if your car goes wrong buy the parts to fix it from Germany, they've got shit loads at a cheap price.

Every cloud does have a silver lining. I was watching an episode of Scrap Heap Challenge the other day and I thought that their heap was looking a little sparse. Soon enough the heap will be littered with late 90s jewels that aren't quite worth the £2000 the dealer could offer.
Posted by William Beaumont at 2:14 AM No comments: